By MrTechpathi July 01, 2015
Before talking about this car, we need to know a bit about Elon Musk who started Paypal and sold it for millions, later started three companies Telsa Motors, Space X and Solar City.

Recently, Telsa Motors (well known for electricity charging cars) have released stunning snaps of Model X which looks to be much awaited car. 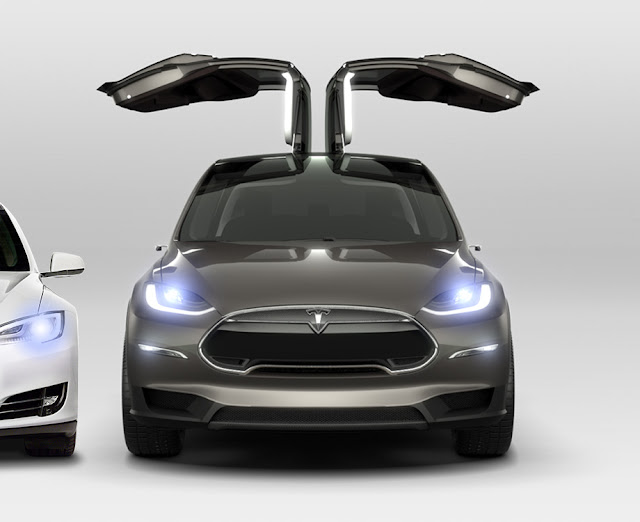 Design wise it looks stylish and perfect. The doors which looks as bird wings are adding extra spice to this car. Currently Tesla Motors seem to be working hard on this card and its Estimated delivery is in late 2016 for new reservations.
Requires £ 4,000  as Reservation Payment.

This product is captioned as "Unity Meets Performance".

According to Telsa Motors,

Model X combines the space and functionality of a seven seat sport utility vehicle with the uncompromised performance of a Tesla.

More details will be announced as production nears.

You can reserve Model-X here